Twitter sign-up page on the 17 February 2011. ‘Is a day that will go down in infamy’ Not quite as dramatic as the FDR quote on that fateful day.

Two years later and I’m still on Twitter. I consider myself an early adopter, but, 4 years late to the Twitter party means I am either a laggard or a Luddite. But, 24 months is still 30% the life of Twitter — so that something (or not).

I have learned a lot along the way. Talking with people, networking, listening, live tweeting events and webinars. Oh the joy of it all.

There’s Always Rules! Here are 20 you Should not Break on Twitter

@urbanrenstrom think before you speak becomes read before you retweet #twitter

In this #TwitterTuesday post, I am going to practice what I preach. One of the first lessons I learned on Twitter is to listen and Share!

So here are my 20 things you should not do on Twitter. Keeping in mind personal branding is important and one goal of social networking is to build a community of raving follower and fanatical brand advocates.

That was actually 21 don’t on Twitter marketing. Ah a freebie. 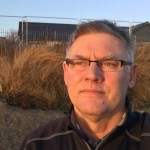